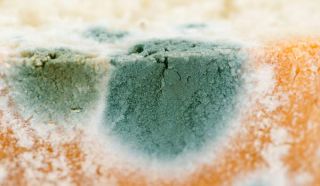 As everyone suspects, mold is generally not anyone’s friend. That said, sometimes it is, as these facts about mold will show you. It is even more surprising that in terms of hurting people, mold has considerable skills and can impact your health and property for years. Sometimes, however, mold is just strange.

Before diving in the article with 25 items, let’s see a video showing more facts about mold you really didn’t know

1. Used in a variety of products

Mold is a cheese-lover’s best friend. In fact, if you like bleu cheese, you are eating mold as active spores exist in commercially sold bleu cheese. Surprisingly, mold contributes to the cheese’s robust flavor.

Additionally, it is used in the fermentation process of certain wines, and the pharmaceutical industry uses certain forms of it to develop powerful antibiotics.

Although mold on your bread is often identifiable by the greenish-black spores that darken the surface of a slice, it does not start out greenish-black. Instead, it starts out as whitish spores that spread throughout the bread. This initial stage of mold is difficult to detect as it blends in naturally with aging or stale bread.

Of the 21,000,000 asthma sufferers, 4,100,000 of them have been exposed to mold. It impacts people in the form of the body’s ongoing allergic reaction to spores that have been breathed.

Of the people exposed to mold, few people die directly of its effects.

As noted above, few people die of mold-related sicknesses. However, it impacts the immune system, allowing other diseases like pneumonia to deal the death blow.

6. Mold is a catch-all term

In the same way that many types of cancers are all generally described as cancer, there are many types of mold. In fact, there are over 10,000 species of mold, each of which has its own unique fingerprint and impact on health. That said, of this staggering number of mold types, only five types grow indoors.

In warmer climates, the most common mold is Aspergillus. Cladosporium is common in colder climates. Penicillium will infiltrate your carpet and walls. Alternaria results from leaking pipes or flooding.

Stachybotrys chartarum is the most sinister and is referred to as black mold due to its characteristic black spores. Of these five molds, black mold is the one attributable to most health symptoms.

Read More:  25 pros and cons of living in America if you’re an entrepreneur

7. Directly linked to some diseases

Although mold can weaken your immune system and help other diseases take hold, mold actually causes Multiple Sclerosis. For instance, mycotoxin exposure causes inflammation, which sometimes leads to the hardening of myelin sheaths around nerves in the brain and spinal cord.

8. Dead spores are just as toxic

Dead mold can still cause much of the same problems that live spores cause. In fact, dead spores can cause problems for decades after the live spores have been killed.

Vitamin D helps decrease the immunological response to mold. By doing so, it helps people become less allergic to mold.

Although mold has often been thought to contribute to sinus problems, researchers are now discovering one of the most disturbing facts about mold in that it is in some way linked to all sinus problems.

Because mold can lead to serious health issues, a simple sinus problem is the first symptom in the existence of mold in your system and should lead to an analysis of the environment that might be causing the problem.

Mold that exists in the walls of a water-damaged home runs deep through the drywall and into the wood. Painting over the mold does not kill it. Although painting a wall does provide a temporary barrier between people in the home and the spores, the mold will eventually penetrate the paint from within.

White vinegar successfully kills mold spores in porous surfaces, such as wood or drywall. All you have to do is mix the thee-to-one ratio of water to vinegar and spray liberally all the mold-covered surfaces you see. Vinegar penetrates into porous surfaces, so spores deep within wood are vulnerable.

Bleach is also able to kill mold spores, but it cannot penetrate deep into porous surfaces. As such, it can only kill mold on surfaces.

13. Exists in many flipped homes

Mold exists in nearly 50 percent of all homes. Additionally, it is estimated that many flipped homes that receive paint makeovers actually contain massive amounts of mold on old drywall.

Because paint cannot permanently contain mold, these homes can end up becoming chronic health hazards or so-called sick homes in which people suffer breathing and other allergy-related health problems.

14. Although most molds grow, some can walk

Well, walking mold might be an exaggeration, but in the forest, some molds take the form of slime. This slime moves and roils and has very real mobility powers.

As these types of molds proliferate, they can sense their surroundings and alter their course as a result of chemotaxis, a type of chemical process that permits mobility and allows the mold to actually avoid harmful chemicals in the environment.

Chemotaxis is one process to help determine if a chemical is safe or hazardous. However, the chemical process of chemotaxis is not the only example of Physarum polycephalum’s intelligence. Researchers have found that various slime molds can train one another.

For instance, if mold is placed in an unfriendly environment, it will grow and move until it finds a safe place for it to flourish.

Because of the processing that many fast foods undergo, mold will not grow on them. For instance, researchers have found that McDonald’s hamburgers will not mold. They simply age.

Whereas natural food will decompose into a moldy forest of disgusting spores, fast-food hamburgers will often become desiccated and wrinkled but will not show any signs of mold.

Mildew is commonly thought of as something other than mold. However, it is mold. If you have a mildew problem you have a mold problem, as it stems from the same type of fungi that create mold.

In 2014, the World Health Organization declared mold to be a contributing factor to a variety of health problems, such as the following.

Although it does not kill people, it does weaken their immune system enough for more deadly diseases to set in, take hold, and finish the job. As such, they declared mold an official health hazard.

19. Can easily be contained

As its growth is facilitated by moisture, a dehumidifier set to 40 percent will keep the humidity levels in your house at a level capable of halting its growth, allowing you time to call a professional or eradicate it yourself.

Concrete, rocks, and glass have nothing for mold to grow into. Additionally, these types of surfaces contain no moisture content of any quantity capable of supporting mold. That said, if these surfaces get dirty, mold can grow on the debris or dirt that accumulates.

Surgical masks might protect a person’s respiratory system in an already sterile environment. However, the mesh in them is not tight enough to prevent spores from entering someone’s respiratory system. In fact, in order to prevent spores from entering your lungs, you will need a HEPA filter capable of filtering particles as small as .05 microns in size.

Mold can grow in an unkempt lawn. For instance, dead leaves or debris in overgrown grass will eventually start harboring mold. This leads to elevated pollution in the yard and a potential increase in allergies in sensitive people.

In less than forty-eight hours, mold can begin growing on a wet surface. If you have a pipe leaking into your floor, mold can begin spreading through the dark recesses of your home’s walls before the end of the weekend.

24. Can impact via the skin

Although most people suffer from breathing spores, contact with mold can result in dermatitis. If you scratch the surface of your skin and spores enter your system, you can be prone to skin infections that do not readily heal.

One of the most surprising facts about mold is that Christmas is its favorite holiday. For instance, evergreen trees are commonly covered in mold. In fact, many people who are allergic to evergreens are actually responding to the mold brought in from the outdoors to the indoors.

These types of mold are often visible in the form of white cankers that penetrate the wood and boughs. In terms of mold’s favorite trees, Cytospora grows on spruce trees and can seriously pollute indoor air. In fact, journalists at ABC found that standard trees bought at holiday tree farms and big-box retailers increase the mold by a factor of five over the holiday season.

About the Author: Nick Cagge

Hi! I am a facts enthusiastic and long time writer. I wrote for a few very popular magazines and covered topics from business, to politics. Today I am much more relaxed and love writing about everyday stuff. Hope you enjoy my writing.