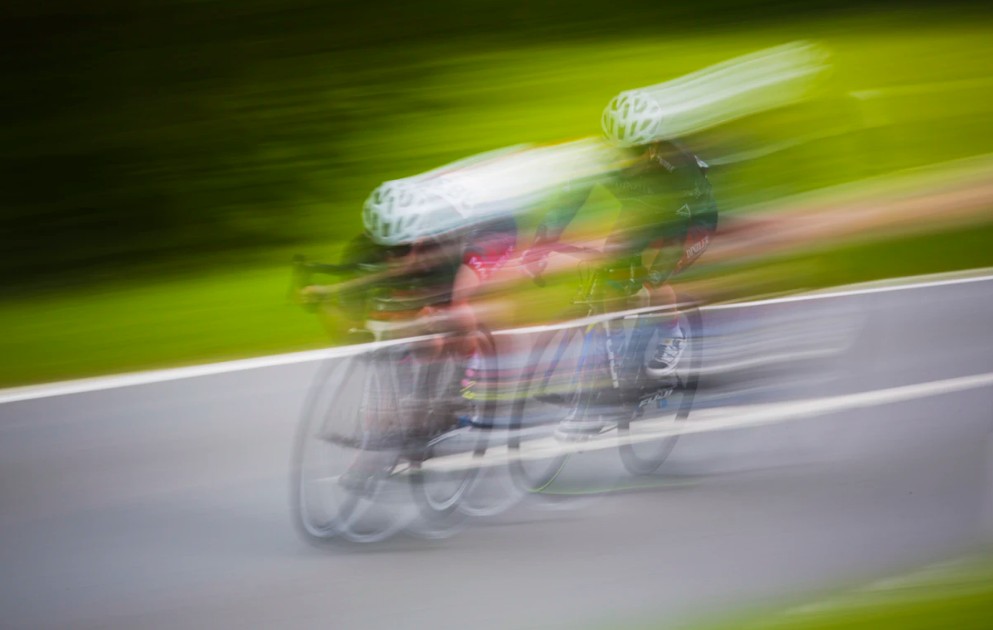 Speed! You might think that this is a boring topic. But believe it or not, there are a plethora of interesting facts about speed. Thus, we are here to let you know about 25 facts about speed that you might not yet aware of.

Do you want to know more? Then you have come to the right place. Because in this post, we will be sharing some very exciting and exceptional facts about speed. So, keep reading on and you will see what we are talking about.

The word speed came from the word ‘Sped’. In old English, the word ‘Sped’ meant ‘Thriving’ or ‘Success’. And, if we go a little back in history, then we see that the Latin word ‘Sperare’ meant ‘to hope’.

That means the root of the word ‘Speed’ that is ‘Spe’ came from the Latin words. And, from there, we have got the words ‘Sped>Speed’. Since the earlier 14th century, the word ‘Speed’ was used for indicating a term related to motion.

Simply put, speed is the distance traveled by an object over a given amount of time. And the unit of speed is meter. So, let’s say a vehicle moves from point A to B in 30 seconds. And the distance between points ‘A’ to ‘B’ is 60 meters. Then the speed of this vehicle would be (The Distance/Time) = (60/30 = 2 meter per second).

That means if you want to find the speed of any object you have to divide the distance it has covered with the time it required. And, the first person to measure speed in this way i.e. calculate distance over time to find speed was the famous Italian astronomer and physicist Galileo Galilei.

#4 Animals with The Slowest Speed:

When it comes to the slowest animal in the world, the crown goes to the 3-toed sloth. These sloths are native to America. And, the average speed of them is about 0.003 mph. That means, the 3-toed sloth cannot move over 100 feet in a day. As a result, most of these sloths live their entire life in the same place.

The second slowest animal in the world is Starfish or sea stars. They can move about 0.02 mph. Although Starfishes are called fish, they are not actually fish. They don’t have scales, fins, or any gills.

However, archaeologists from Bond University has discovered some fossil of human footprints in Australia. After researching with the fossils, they came to know that these footprints belong to a few males from that time.

And, the interesting part was that one of them was running at 23 mph in that instance. It was about 20,000 years ago. And, he was barefoot. So, in that regard, he might be the fastest runner in history.

We all know the Earth is revolving around the Sun. And, the average orbital speed of Earth is about 30 km/s. And, at the equator, the surface of the Earth moves at a speed of about 460 meters/second. That translates into about 1,000 miles per hour.

Typically, most of the tornadoes have wind speeds from 65 miles per hour to 110 miles per hour. The Oklahoma Tornado that hit the Oklahoma City on 3rd May 1999 was the fastest tornado recorded ever in Earth. The highest wind speed of that Tornado was about 318 mph.

The Peregrine Falcon is the fastest bird on the planet. Matter of fact, this is also the fastest animal on Earth. It can attain a maximum speed of up to 390 km/h or 242 miles/h while in a dive.

You might have already know the fact that Cheetah is the fastest animal in the land. It has a recorded speed from 109 km/h to 120 km/h.

When it comes to the fastest fish in the world, the crown goes to the Sailfish. This fish can attain a speed of up to 68 mph or 110 km/h in a short amount of time. They weigh about 100 kgs and grows up to over 10 feet.

And every galaxy is moving away from the other. In that regard, there are some very distant galaxies in the universe that are moving away faster from one another than the speed of light.

Typically, you would think that most insects are not that fast. However, if you compare their speed to their body size, then you would find that they are relatively faster than us human beings.

Now, the fastest insect in the world is the Australian tiger beetle. It has recorded a speed of up to 2.5 meters per second or 5.6 mph. That is remarkably fast for an insect.

Hurricanes can be devastating. Typically, to be considered as a Category 1 hurricane, a tropical cyclone must have a wind speed of up to 74 miles per hour for about at least 1 minute.

The current land speed record is held by the ThrustSSC. This was a (twin turbofan) jet-powered car. In October 1997, this special supercar achieved a speed of up to 1227.985 kilometers per hour or 763.035 miles per hour. That means, it actually broke the speed of sound. As a result, it was the first land vehicle that broke the sound barrier.

The fastest aircraft speed record is held by the Hypersonic X-43A. This is an aircraft made by NASA. It achieved this feat on Nov. 16, 2004, when it reached a top speed of 9.6 Mach or roughly 7,000 miles per hour. Incredibly fast, isn’t it?

Interestingly, the fastest watercraft record was made back on 8 October 1978. And, it was achieved by Ken Warby from Australia when he attained a speed of about 511.121 km/h or 317.596 miles per hour with his special watercraft named Spirit of Australia.

However, if we take the Sun as the frame of reference, then the ‘Parker Solar Probe’ would have the record of being the fastest ever man-made spacecraft in the Universe.

The highest speed attained by this spacecraft relative to the Sun was about 153,454 miles per hour. For the record, this is also a creation of NASA. Incredible, isn’t it?

A lot of us get confused about speed and velocity. You might think that both the term refer to the same thing. In reality, this is not particularly true. For your information, speed is the distance traveled by an object in a given time.

And, speed doesn’t have a direction. Whereas, the velocity is the speed at which a particular object moves in a specific direction. Simply put, the speed with a direction is velocity.

We have to go back to 1898 for the very first land speed record ever held. This record was achieved by ‘Gaston de Chasseloup-Laubat’ when he drove his battery-powered vehicle (The Jeantaud) with a speed of up to 39.245 mph or 63.157 km/h.

Matter of fact, the Sun (and the entire solar system) has average rotating speed of about 828,000 km/hr. It might seem so fast, but still, with this super speed, our Sun needs about 230 million years to complete a single orbit around the galactic center.

So, do you know what is the highest speed achieved by a human being in free-fall? It was October 2012, when Felix Baumgartner attempted the world’s highest skydive from a height of about 39,045 meters or 128,100 feet.

During this record-breaking skydive, he achieved a top speed of about 1,342.6 km/h or 833.6 mph. That means he as a human projectile broke the sound barrier in the process of sky-diving from the stratosphere.

Many astronomers believe that all the black holes are rotating black holes. Some spin faster than the other. However, there is a limitation of the spinning speed of a black hole. But, there are several black holes that are spinning so fast that they are almost breaking the limit.

For instance, a particular black hole in the galactic center of the NGC 1365 Spiral Galaxy is rotating at a speed of 84 percent of the speed of light. It is the upper limit of the spinning speed of a black hole. If it could spin faster than that it would reveal itself. However, it is not possible by the laws of physics.

Wrap Up – Facts About Speed:

If you are still with us, then give yourself a pat in the back. Because now you know a lot of things about speed. In this post, we have intended to share 25 facts about the speed with our readers.

In the process, we have tried to include only the most unique and interesting facts. We hope you have liked all these information about speed. For more similar types of informative posts, you can browse through our site.

So, how many of these fascinating facts about speed you already knew? If you liked the post, you can share this with others. Also, you can share your opinions and suggestions in the comments section down below!