Home Tips & Tricks How to Delete Zorpia Account Permanently. The Only Guide You Need 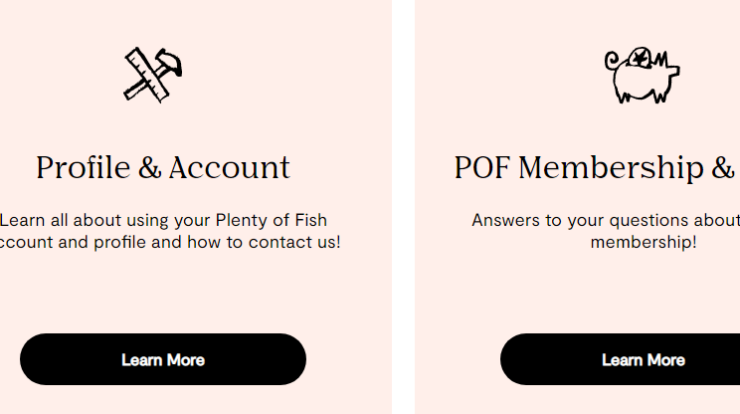 So you have created a Zorpia account a long time ago. But you want to close the account at this moment. However, you don’t know how to do that. Don’t worry! Because we are here for you.

In this post, we will be sharing all the steps you can follow to delete your Zorpia account permanently. Furthermore, we will also be sharing some essential information and answering some frequently asked questions about Zorpia here.

So without further ado, let’s get to it…

Zorpia was a social networking site launched back on December 7, 2003. However, one specialty of this site is that it was specifically for customers in China. You know social media platforms like Facebook, Twitter, etc. are not available in China. So Zorpia became very popular there.

Reportedly, this site has around 2 million monthly users. And in total it has over 26 million users. The company is privately funded and was founded by Jeffrey Ng. The headquarters of Zorpia is located in Hong Kong with 30 employees.

Zorpia started as a normal social networking site. However, the founder tried to make an online dating site for people looking for new relationships. As a matter of fact, the site started to become popular worldwide because of this. Millions of people started to use Zorpia since then.

Normally, Zorpia used to feature social networking, photo-sharing, messaging, status, and profiles on their site. They had algorithms to predict and analyze compatibility between strangers. They also have implemented a lot of privacy features in place for the sake of the security of their users.

However, many people have complained about spamming from Zorpia. Although Zorpia said that the spamming issues were related to bugs, many users stated that those were intentional. As a result, Zorpia started to lose its credibility. And at the same time, many people wanted to delete their account with Zorpia permanently. And you might be one of them who also wants to do that. You will find your answer here.

The official website of Zorpia was here – http://www.zorpia.com/. Once you would hit that link, you would be landing on the homepage of Zorpia. However, this is not the case anymore. If you have clicked on the link above, you will see that you are visiting https://www.twoo.com/.

And, you will also notice that it is a dating site as well. Another interesting thing you will see is that the name of the site was Twoo earlier but not anymore. Now they are telling that the Twoo site has been discontinued since 30 June 2022.

In addition, they are calling the new site Plenty of Fish. That means Zorpia is not available like it used. Rather, it is now another dating site named Plenty of Fish with a redirected domain name of https://www.twoo.com/.

So we don’t know for sure whether the real Zorpia website is still available or not. Or it could be only available in China not worldwide. Whatever the case, we must admit that it was a very popular dating social networking site.

If you still can access the old Zorpia site and want to create an account there, then this section of the post is for you. Here we will be sharing how to create a Zorpia account.

However, you should remember that this process will work only on the old site. So if you cannot access that, you cannot open a new account on Zorpia anymore. In that case, you would have to try Plenty of Fish instead as this seems to be the new version of Zorpia. Here we go…

You can easily create a new Zorpia account if you follow the steps mentioned above. However, it will be only possible if you can access the old Zorpia site.

Many people actually complained that they started to receive spam emails from Zorpia or random mailing services after they have opened a new account with Zorpia. As a result, they want to delete their Zorpia account.

But as you can see that the old Zorpia site is not there anymore. So it will be hard to delete the account. Rather, it would be best if you unsubscribe from those mailing lists manually.

In order to do that you have to open the particular emails you want to get unsubscribed from. Then scroll down a bit and you will find an Unsubscribe button there.

If you can’t find the unsubscribe button under any emails, then you can mark them as spam. Thus, all the next emails from that email address will be in your spam inbox without bothering you.

If you are talking about the old dating social networking site, then it is not available anymore. Rather, Zorpia has been changed to Twoo, which was also a similar type of dating site.

But once again, the Twoo site was also changed to Plenty of Fish back in June 2022. As a result, the old-school popular Zorpia is no more.
You can usually find a similar type of service if you go to Zorpia.com. But it will be a new website named Plenty of Fish.

Are Twoo and Zorpia the Same?

Actually, they are not the same. Of course, they have the same domain name. Also, they are similar to each other in the aspect of being dating sites. However, we can’t say anything surely whether they are run by the same company as of right now.

Are Zorpia and Plenty of Fish the Same?

Can You Login into Zorpia?

If you can access the old Zorpia site, you can log in to your account using valid login credentials. However, if you can’t access the old site, then you might be out of luck. In that case, you will have to open a new account on Plenty of Fish (the site you are taken to when you go to Zorpia.com now).

It is a tricky question to answer. Normally, if you are aware of what you are doing, then it would not be an issue. However, it is better to be careful with this type of dating website.
Also as this is known to send spam emails, it could a scam phishing site. So it is up to the user to be safe.

Zorpia officially stated that they don’t send spam emails to their users. However, many users have been complaining that they are receiving random spam emails after signing up with Zorpia. So we would say that Zorpia sends spam emails. Or at least they share or sell the users’ data to 3rd parties. And from there, the users receive spam emails. Even though, Zorpia said that those spam emails are caused by bugs in their system. However, we don’t think that is the case here.
So it is your responsibility to be safe from using this type of site. We don’t recommend sharing your email or creating new accounts there.

Zorpia was a very popular platform back in the day. However, it is not the same anymore. The site has been presumably sold to other parties. And they are running it as of right now. So if you have opened an account in Zorpia, you don’t have to be worried as the site is not there.

Still, if you receive annoying emails from Zorpia, then you should unsubscribe from them. Hopefully, this post was useful for you to solve your issues with Zorpia. In that case, you can share this with others to help them out with their Zorpia account.

How to Tips and Tricks