Home Tips & Tricks How to Remove a Stuck Tape from a Cassette Player. Tutorial and Tips 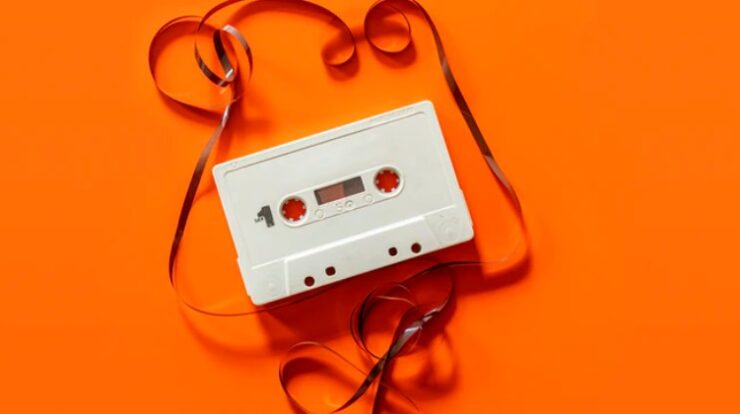 You are here to know how to remove a stuck tape from a cassette player. To know more, keep reading the rest of the post.

Nowadays, cassettes and cassette players are not that common. However, you might have got one at your disposal. Also, you can find them in old cars.

As most cassette players are old, the cassette could get stuck inside the cassette deck. And, if you have faced this issue, you know how difficult it could be to bring out the cassette from the deck.

If you are ready, let’s get to it…

Tip #1 Use the Prying Method

One of the common reasons for a stuck tape could be a defective eject button. In that case, you need to help the eject button a little bit. So, get a flat-head screwdriver or something similar to that shape. Next, press the Eject button, and the tape will start to rise.

In that instance, you should use the screwdriver or the prying tool of your choice to lift the tape gently. At this moment, the tape should be popped up. You need to remove it now.

To be noted, you should be very gentle when trying this tip. Otherwise, you could damage the unit further.

Tip #2 Get the Tools Ready

If you notice that the tape is not coming out by following the steps above, it is time to get more creative. Here you will need 3 tools: Needle-nosed Pliers, Flat-head screwdriver, Philips-head screwdriver, or something like these tools.

It could also be that you have tried everything, but the tape is still stuck. In that case, you must go the extra mile. Yes, we are talking about taking apart the cassette player. Depending on the model of the cassette player, the method of disassembling it would be different.

So there you have it. If you have read the post above, you should be familiar with some tips on removing a stuck tape or cassette from a car cassette player. Back in the day, it was a prevalent issue with the cassette players in the cars. However, with the advancement of technology, you don’t have to use this type of cassette player anymore.

Still, you can learn these tips like these can come in handy anytime. Also, if you have any other tips to solve this problem, you can share that with us in the comments below. And if you have liked this post, you can share it with others. Before you go, you can read our post on ‘25 Fun Facts about Glass You Need to See to Believe’.