Home Uncategorized How To Know If Someone’s Phone Is Off? Clues and Tips 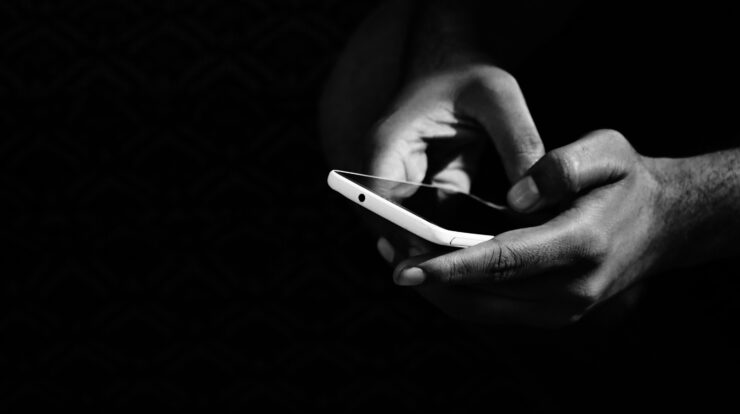 You may have experienced needing to contact someone on their mobile phone but unable to reach them. Perhaps they’re busy on another call or somewhere where the reception is particularly bad. But how to know if someone’s phone is Off, actually?

This can be inconvenient for several reasons. Maybe you need to reach them for an important matter; otherwise, why would you be calling, right? Or it could be an emergency, and you need them to answer their phones.

However, it might be rude to just assume that someone has their phone switched off. Being able to tell if this is the case can help you in several ways. Let’s discuss why someone’s phone might be turned off and how you can react when it happens.

There are several reasons why someone might not be reachable via mobile. Consider the following reasons before making any guesses:

Some people who prefer to be free of distractions may place their phones on Do Not Disturb modes. In this case, you’ll hear ringing, but there will be no answer.

If someone’s phone has no signal, then you won’t hear any ringing on your end. You may hear a recording that the subscriber cannot be reached or your call may roll to voicemail, depending on your service provider.

If a person’s phone has run out of battery or was turned off intentionally, you might hear a recording that they cannot be reached. Your call may also go to voicemail.

Your calls and texts won’t go through if someone has blocked you. An alternative would be to reach them using another number. You may also check social media if they have not blocked you on those platforms.

Some numbers may become inactive and completely disconnected from the network or service provider. If this is the case, you’ll hear a voice recording that the number you are trying to reach is no longer in service.

How to tell if someone’s phone is switched off

It is very rare that someone will have their phone off in this day and age, so knowing how to spot the signs will allow you to act accordingly.

One of the indicators that someone may have turned off their phone is if they aren’t replying to any messages for an extended period. This may be especially true for people who are quick to reply.

While it could also be possible that they are just doing something else, it is equally likely that their phone could be dead.

iPhone users may have a way to check if someone is not using their phone or has it turned off. Text them on iMessage and observe the color of your text bubble.

If it takes a while to be delivered and then turns from blue to green, it’s a sign that the phone is switched off. In some cases, the messages might not even go through.

Many users also have read receipts turned on, where it will show the time they opened and read your text message. If you don’t see a read receipt under the last message, check for a delivered receipt instead.

Not seeing a delivered receipt means the recipient’s phone is likely switched off. If you see that it has been delivered, it means their phone isn’t dead.

Another thing you may notice when trying to contact someone is that the call rings once and then goes straight to voicemail.

Typically, when a phone is switched off, you’ll hear the call ring once and then redirect to voicemail. This can also happen when there is no service, and the phone cannot be reached.

Depending on your service provider, you may hear a message that says, “The person you are trying to reach is out of the coverage area. Please try again later.”

Another way to check if someone’s phone is dead is to look online. Most people have their activity shown on social media messaging applications like Messenger and other platforms like WhatsApp and Viber.

If the person you are checking on is online most of the time, then being inactive or offline for long periods may signal that their phone is turned off. This is especially true for messaging apps like WhatsApp, mostly used on mobile phones.

It may also help to pay attention to the time of day when you are messaging the person. People offline for long periods during the daytime may have run out of battery and could not charge their phones.

If the person isn’t active in the middle of the night, it’s easier to guess that they are just asleep and probably have their phones switched on.

Another way to know if somebody’s phone is off is by simply asking them. If you are close with the person you are trying to reach, this should not be that much of an issue. They will probably tell you why they were unreachable, especially if it was for a long time.

Maybe it was because they were simply not paying attention to their phone. You may have also guessed right that their phone was off.

There is no 100% guaranteed way to know that someone’s phone is off. The most you can do is make educated guesses based on the signs and scenarios discussed above.

However, it is important to note that these signs could mean different things depending on the person you are trying to contact.

For some, it may just be a case of not paying attention to their phones for a long time. Others will let their phone run out of battery or switch it off intentionally.

And unfortunately, there is also a possibility that you may be blocked in any of these instances.

Try any of the methods listed above, and, one way or another, you will find out whether a person’s phone is off.

About the Author: Ramona K