Home Tips & Tricks How To Reply To Replies On Tumblr? 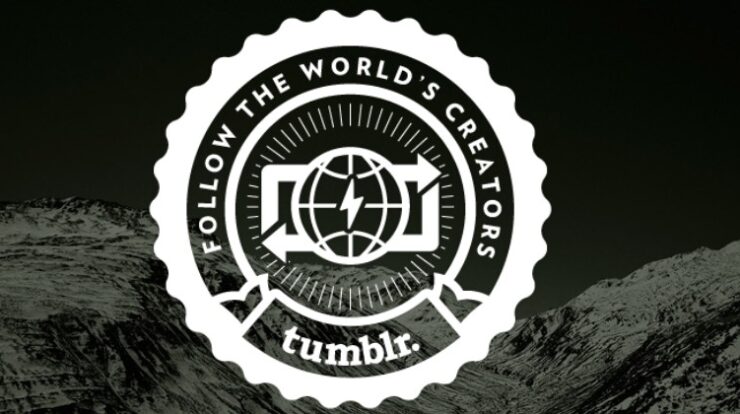 ‘How to reply to replies on Tumblr’ – is one of the most frequently asked questions from new Tumblr users. Believe it or not, we understand your pain. Lucky for you, we have got answers to this question. So if you want to learn more about this, you can keep reading this post.

Tumblr is known for being one of the most popular microblogging platforms in the world. Millions of people are using it daily. And you might be one of them that loves Tumblr.

We have received this complaint from our readers so often that we compiled a list of solutions to this problem.

So, let’s cut to the chase…

Can You Reply To Replies on Tumblr?

Frankly, there is no ‘Reply’ button next to the replies on Tumblr like other social media sites. That means Tumblr doesn’t support replying to replies officially. However, you can comment or reply to a post on Tumblr.

In the next section, we will share all of these methods one by one. Here we go…

Tutorial on How to Reply To Replies on Tumblr

As you know normally, there will be no reply buttons under a reply on Tumblr. So, you can rather leave a comment on that post mentioning that person you want to reply to. Of course, the other person should allow comments on their Tumblr posts in the first place.

Of course, depending on the username of the person you want to reply to, you will have to change the username after the ‘@’ when you are commenting.

Method #2 Copy and Paste the Reply

Usually, you would be able to reply to replies using the method we have explained above. However, if you want to learn more tricks, then the 2nd trick is here for you.

In this method, we will be sharing another workaround for replying to replies on Tumblr. However, this time you will have to use your ‘Copy/Paste’ charisma. Let’s see what we are talking about...

Method #3 Use the ‘Screenshot’ Trick

The 3rd method on our list is also another workaround of replying to replies on Tumblr. In this case, you will have to be familiar with taking screenshots on your PC/smartphone.

Let’s say you know how to take screenshots on the device you are using Tumblr on.

So, first, take a screenshot of the reply to which you will reply next. You can use 3rd-party software for taking screenshots on a PC. Or you can use Windows’s built-in Snip feature.

After you have taken the screenshot of the reply, you will just have to make a new photo post on Tumblr with your reply. That is it. You have replied to the specific reply on Tumblr.

Method #4 Use The XKit extension

This is a bit advanced method. So, if you are not tech-savvy, you can skip this. But if you want to learn more tricks of replying to replies on Tumblr and if you want to use a tool that will take your tumblr user experience to a new height, then you can check this part of the post.

In this section, we will introduce you to an extension named ‘XKit’. You can download it from here. This is the new XKit extension.

That page contains all the information and instructions on how to use this extension. It would be best to use the ‘One-Click Reply’ option from the XKit extension to enable the option of replying to replies.

Once again, we would warn you that this method might be a bit complicated for some of you. But once you are familiar with the extension, you will be able to use this extension in many ways. And, you will be a ‘Power Tumblr’ user.

As you know that there is no ‘Reply’ button in Tumblr when it comes to replying to other replies.

However, you can actually add normal replies to posts on Tumblr. If you want to reply to a post, you will have to click/tap on the icon that looks like a speech bubble. You will find it at the bottom of the post.

After you have tapped on the speech bubble icon, a text box will appear on the screen. So type your reply and tap on the ‘Reply’ button. In doing so, your reply will be posted under that post, and the other user will be notified.

Now, the ‘Reply’ feature has some limitations:

You might not find the Speech bubble icon on some posts. That means you cannot reply to their blogs. Why? There could be a few reasons for this issue.

First, that user might not have enabled ‘Reply’ on their posts in the first place. Or it could be that the user is not following you.

Also, you can only reply to a blog if you are following it for more than 2 weeks (depending on their privacy settings). Otherwise, both you and that user should follow each other for at least a week.

All of these will depend on the ‘Reply’ privacy settings set by the particular user.

Remember, we have talked about 3 levels of who can and can’t reply to your posts above? This is the reason why you cannot see the ‘Speech Bubble’ icon in some instances.

Usually, you can add the commenting feature on Tumblr. However, for this, you should use the ‘Disqus’ commenting system to your Tumblr blog.

As a matter of fact, Tumblr officially recommends it. Usually, it is impossible to enable commenting without adding the Disqus or other commenting system to the template.

You can ask questions on Tumblr using usual posts. Then the other users will be able to answer your question.

If a person has posted such ‘question’ type posts, you can try to reply to that question by following these steps mentioned below.

Now, there are a few things you should remember about answering questions on Tumblr.

Maybe in the near future, Tumblr will also add this feature. But till then, you will have to use the workarounds we have shared above.

As you are a Tumblr user, you can read our post on How to Look at Tumblr Archive. What it is and How to Access it. You will learn a lot of new information from this post, we can say for sure. As always, if you have enjoyed this post, don’t hesitate to share it. And, you can also share your thoughts and opinions in the comments below!