Home Tips & Tricks How to Turn A PS3 into A Windows PC? Detailed Tutorial 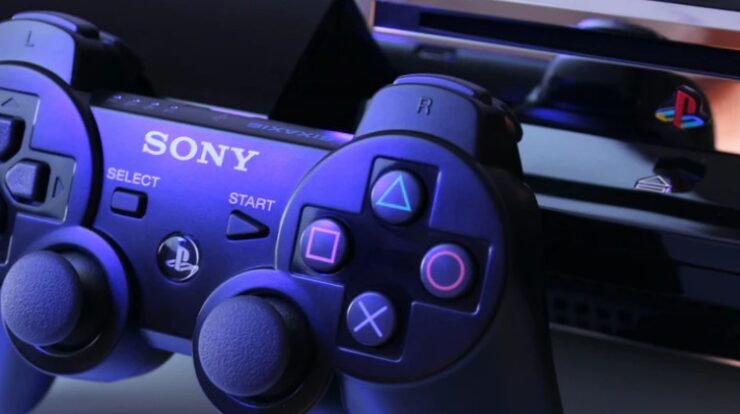 PlayStation 3 or PS3 was very popular back in the days. Many users wanted to know how to turn a PS3 into a Windows PC.

If you are one of them, then you have come to the right place. Here, we will try to offer a detailed guide on this topic.

Sony released PlayStation 5 a few days back. And, the PlayStation 3 was released back in 2006. In that sense, it has been about 15 years since the release of PS3.

At that time, it was one of the most popular consoles in the world. People tried many customizations with their PS3. Among them, one particular process was to convert the PS3 into a PC.

So, you might be wanting to know if it is possible to turn your PS3 into a Windows PC. We have written this post to explain the entire process of turning your PS3 into a PC for your convenience.

So, without further ado, let’s get to it…

Tutorial on How to Turn A PS3 into A Windows PC

Is It Possible to Turn A PS3 into A Windows PC?

Before we begin, we have to make something clear to you. It is not possible to turn a PS3 into a Windows PC. Yes, you have heard it right.

PlayStation 3’s chip doesn’t support Windows operating system. So, what can you do in this situation if you want to run Windows programs on your PS3?

Lucky for you, there is a workaround available. And the workaround is to install Linux on your PS3. Then, you have to use WINE (a program used to run Windows programs on Linux).

So you can see that it is a very tricky process. You can also see that you have to be very lucky to pull it off. As a result, we don’t really recommend turning your PS3 into a PC.

There is another caveat here. Interestingly, Sony allowed installing Linux on PS3 before 2010. But after the update that was released back in 2010, they have discontinued the supports of Linux on PlayStation 3.

So, if you have already updated your PS3 to the latest software version on PS3 (which is very much possible), then you know that it is not possible to turn your particular PS3 into a PC.

But if you have the old software version, which supports Linux installation, you can keep reading the rest of the post.

Things you will need

Steps To Follow To Convert A PS3 into a Windows PC

Once you have installed Ubuntu on the PS3, it will be dual-bootable. So, you will be able to boot into the PS3 OS for playing games as usual.

Or else, you can boot into Ubuntu to use it as a PC. So let’s begin the process.

When you are installing a new OS on your PS3, the best thing you can do is to take a backup of the files.

Normally, your PS3 OS will not be deleted if you follow the steps properly. But all the games installed will be deleted. So it is very vital to back up all those games.

Interestingly, PS3 already has a backup function. So, connect any external storage device via the USB port to your PS3.

Then, go to the ‘System Settings’ and then you will be able to use the ‘Backup Utility’ to take the backup of your precious file.

Remember, with this process, you will be able to only back saved game data. But, if you have other files like video, music, images, etc. then you will have to back them up manually.

Once you have taken a backup of the files, we can proceed to the next step.

In this step, you will have to work with the PS3 hardware. However, this step is optional. So, you can skip it as well.

By default, PS3 comes with a 40 GB or 80 GB HDD drive. So, it is not a low storage space at all. However, if you want to attain the best computing experience, you should upgrade your HDD to at least 250 GB.

Add in the fact that it is very easy to upgrade your default hard drive disk on PS3. For the record, PlayStation 3 uses a 2.5-inch hard drive.

Those you see on laptops. So, you can buy a new 250 GB laptop hard drive that is 2.5 inches to replace the default HDD with ease.

The hard drive is found on the side of the PS3. It will be behind a panel that is removable. After you have opened the panel by removing the screw, you will find a removable HDD case. There will be one screw holding the hard drive to the case.

So unscrew the hard drive from the case and bring out the HDD disk. Now, you have to mount the new hard drive and screw this with the case.

Finally, you will have to redo all the steps above to insert a new HDD into the side panel of the PS3.

Once you restart the PS3 with the new HDD, it will automatically format the HDD. And, you will be able to start using it right away.

As you already know that PS3 doesn’t have support for Windows or macOS.

So, the other valid option left us to install Linux. Then again, if you have already updated the PS3 software to the latest version, you are out of luck.

Now, there are several Linux varieties. In this case, we have chosen Ubuntu.

And, usually, PS3 hardware is not ready for Linux or Ubuntu. In this case, we will have to use an open-source program called Kboot. That way, Ubuntu will be compatible with PS3 hardware.

After doing this, we can proceed to create a drive partition.

Interestingly, it is effortless to do so. You can do it using the ‘Settings’ menu on your PS3. Here are the steps to follow.

Wait for a bit and the partition will be created. Now that you have created a new drive partition, we can proceed to install the new operating system.

Once again, you will have to use the built-in settings menu to install a new OS on your PS3. First, go to the ‘System Settings’ option and the ‘Install Other OS’ option from there.

Then follow the on-screen instructions. Of course, the disc with the OS should be inserted into PS3 at this moment. As of now, the PS3 will install the Kboot program. As a result, it will help you to install Ubuntu later.

After the Kboot program has been installed, you will need to go back to the ‘System Settings’ on your PS3. Here, you will have to change the ‘Other OS’ > ‘Default System’ option to Ubuntu OS.

Now restart the PS3. At this point, we would suggest you connect a mouse and keyboard to your PS3 for installing the new OS easily.

Because using a PS3 controller is not be adequate to perform various activities regarding installing a new OS on PS3.

Once you have restarted your PS3, it will boot from the Ubuntu disc. Now, you will have to wait until it installs Ubuntu. It may take up to an hour to complete the installation.

Now, that you have installed Ubuntu into PS3, you can use your PS3 as a PC. However, from now on, your PS3 will boot with the Ubuntu OS. So, how do you change that to your PS3 default OS? Here’s how…

However, you can run Windows programs on your PS3.

Then again, there are a lot of limitations in this method as well. Still, you could give it a try if you have already installed Ubuntu or any other Linux varieties on your PS3.

To clear up confusion, here is a piece of cool information for you. For the record, WINE is an acronym for the phrase ‘Wine Is Not an Emulator.’ Also, it is not a virtual machine either.

As a matter of fact, it is a compatibility layer for translating Windows logic and commands to Linux. Interestingly, WINE comes pre-installed Ubuntu. In that case, you will have to simply access it via the package repository.

So, fire up a terminal and run the commands specified below.

One more thing to add, if you are running 64 bit Ubuntu OS, then you will have to run another extra command, which is…

This is it. From now on, you can install many Windows applications on your PS3 with the help of WINE.

If you want to know which programs have WINE support, you can check the ‘WINE Application Database’. After you have arrived at that page, you will have to click on the ‘Browse Apps’ option from the left sidebar.

Now you can enjoy Windows PC programs on your PS3. So even though you are not using Windows operating system on your PlayStation 3, we think it is as close as you can get to turn your PS3 into a Windows PC.

Instead, we have shared a workaround using which you can enjoy Windows programs on your PS3.

Then again, the whole process is very tricky. So, we would suggest that if it is compulsory for you, then you should not try to emulate this.

It is better to use your PS3 as it is. That way, you will be able to enjoy it to the fullest. Because if you don’t know what you are doing, then you might damage your PS3 accidentally.

You know Sony is behind the gaming console phenomenon PlayStation. There are millions of people who use PlayStation all around the world.

Now, if you are curious about Sony, you can read our resourceful article ‘25 Facts about Sony That Shed New Light on The Giant Corporation’. We bet you will know a lot of new things about this company from this.

Before you go, don’t forget to share this post with other PS3 users. And, if you have any questions or suggestions, you can leave them in the comments below!

How to PlayStation 3 Sony Tips and Tricks Windows PC