Home Tips & Tricks How to Upload Pictures to Xbox One from a Phone. Tips and Tricks 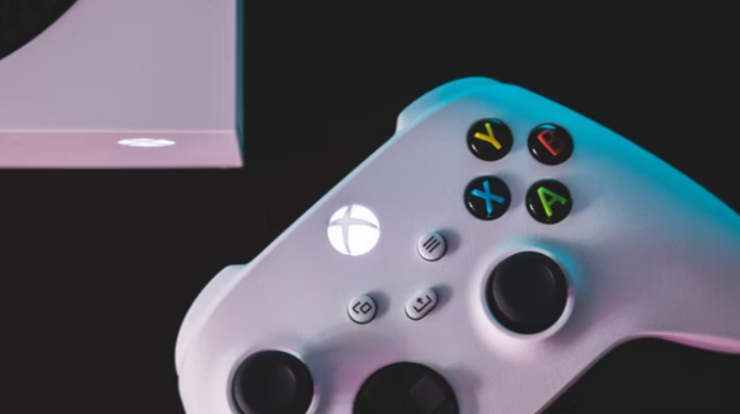 Many of you have wanted to know how to upload pictures to Xbox one from your phone. In this post, we will try to share some solutions to this issue.

The Xbox One was released back in 2013. It was one of the most popular gaming consoles back in the day. Microsoft added various features to this console. And users started to customize their Xbox to their liking from the get-go.

For instance, many users wanted to use their own screen background. However, there were no specific instructions from Microsoft on how to do that. Also, some of you might want to upload pictures from your phone to your Xbox One but don’t know how.

If that is the case for you, don’t worry. Because we are going to tell multiple ways to accomplish that. So, let’s begin…

Methods of uploading pictures to Xbox One from your Phone

There are many ways you can transfer photos from your phone to your Xbox One. We will try to share all of the effective methods in this section.

Remember, we can’t ensure that all of these methods work each time you try them. So we advise you to try as many of the methods as you need to until you find the one that works best for you.

OneDrive is a personal cloud storage facility from Microsoft. You can normally get up to 5 GB of free storage space if you use a free account on OneDrive.

To use this method to access your phone’s photos on your Xbox One, you will have to have a OneDrive account.

Let’s say you have a OneDrive account already. Now, you will have to upload all the photos or videos you want to access on your Xbox One to that account from your phone.

Now, go to your Xbox One and open the OneDrive app there. So sign in using the login credentials of the account you have just uploaded the photos on.

Once you have signed in to your OneDrive account from your Xbox One, you will find all the photos and videos you have just uploaded there. So you can download or save any photos you want to from OneDrive to your Xbox One.

Use AirPlay for your iPhone

If you are an iPhone user and want to watch your phone’s pictures using the Xbox One, you can easily use the mirror feature. Yes, in this method, you can cast your iPhone’s screen on Xbox One and enjoy all of your photos and videos on your iPhone.

However, using this method, you cannot permanently transfer the photos or videos from your iPhone to Xbox One.

You will need to connect your iPhone and your Xbox One to the same Wi-Fi network. Then tap on the ‘AirPlay’ icon on your iPhone, and it will show you the list of the available devices. From the list, you need to select your Xbox One.

Now, you will see that your iPhone’s screen mirrors the TV/monitor your Xbox One is connected to. So you can now enjoy all the photos and videos on your iPhone via the Xbox One.

Most probably, you are already very familiar with Google Drive. This is one of the most popular and most used cloud storage platforms. As the name suggests, it is a product of Google.

So like OneDrive, you can store files like your videos, photos, documents, and more on the cloud using Google Drive.

If you have a Gmail account, you can use Google Drive. Google offers 15 GB of free storage per account. You can increase the storage space by paying particular subscription fees to Google.

Media Server (If You Have Samsung Galaxy Smartphones)

This particular method will not work for all types of smartphones. However, it does work on Samsung Galaxy phones. Even if you have other phones, you can also try to follow this one. Here’s how to do this one.

First, you will need to connect your Xbox One and your phone to the same Wi-Fi network. Now, you have to go to the Settings menu on your phone. From there, select the ‘Nearby Devices’ option. After that, you will see a media server running on your phone.

Next, you must go to the Media Player app on your Xbox One. From there, you can check out the photos or videos on your phone on your Xbox One. You can even play music as well. Next, if you want to save photos, simply press the menu button on your controller and save them from there.

Media Server (If You Are Using an iPhone)

Above, we have shown how to stream your phone’s media files to your Xbox One. Now, we will talk about how to do the same on your iPhone. In this case, you have to use 3rd party streaming apps. Or else, you can give AirPlay a try.

However, we will talk about another app named ArkMC Pro. This is a media server app you can install from the App Store. So, install the app on your iOS device. Then you have to connect your iOS device and your Xbox One to the same Wi-Fi network.

After that, follow the instructions on the app, and you can transfer photos and videos from your iPhone to your Xbox One.

Then you have to transfer those files from your computer to the USB stick or memory card. Then plug in the USB stick to your Xbox One.

Remember, the first time you connect the USB stick to your Xbox One, it will ask you to format it. So do it for the first time. Later, you will not have to do that anymore.

This is another method of transferring pictures from your phone to your Xbox One. However, it doesn’t work most of the time.

Still, you can give it a try. In this method, you must use a USB cable to connect your phone to your Xbox One. And then, you will need to use the Media Player app on your Xbox to copy or move the photos you need to.

If this method doesn’t work for you. Then you can try an alternative option.  First, connect your phone and Xbox One to the same Wi-Fi network.

Next, you must connect the phone to your Xbox One using a USB cable. After that, open the Xbox app on your phone. Then you need to tap on the Connect option and a few options will appear. You have to select Xbox One from the list.

After that, you will have to select the option named USB. And you will be able to transfer the files you want to.

Now we will share another method of uploading photos from your phone to Xbox One. In this method, we will use the Xbox One app. Let’s learn how to do this…

NFC stands for “Near Field Communication”. This is a technology with which you can easily transfer files from one device to another.

However, not every device has NFC. So if your phone has NFC, you can use this method. Also, you will have to have the latest software installed on your Xbox One. If that is the case, you can try this method of transferring files from your phone to Xbox One via NFC.

We have already discussed several methods of transferring photos from your phone to your Xbox One. We will now answer some very common questions regarding Xbox One file transfer in this section.

First, you have to transfer the specific photo you want to set as your Xbox’s background to your Xbox One. To do that, you can follow any of the methods described above. Next, you have to just set the image as your new background.

There are several ways to change the gamerpic on your Xbox One console. We will talk about them one by one here. So let’s go…

Remember, if you use the ‘Upload a customized image’, you can upload any images from any connected devices to your Xbox One.

So, simply select the image and select the ‘Upload’ option from there. To be noted, the image must be at least 1080 x 1080 pixels.

Use Your Avatar as Your Gamerpic

Yes, you can change your Xbox One gamerpic from your smartphone as well. For that, you will need to install the Xbox App on your phone first. Then sign in to the app using the same Microsoft account you use on your Xbox One. Then, simply follow the steps down below.

There are many ways to cast your phone’s screen to your Xbox One. But we will share a simple way to do so.

First, you must install a good casting app on your phone. Then go to the main menu of your Xbox One. After that, you have to select the Cast option from there.

Next, you must turn on the ‘Allow SmartGlass connections to this console’ option. Next, you can use the casting app on your phone to cast the phone screen to your Xbox One.

You can also transfer videos from your phone to your Xbox One. There are many easy ways to do so. We have already shared a lot of methods in this article. You can follow those methods.

Xbox One has a lot of features. And as a power user, you might want to customize and get the best out of the console. So you might have wanted to transfer photos from your phone to your Xbox One.

To solve the issues, we have written this post covering several ways to upload pictures to Xbox One from your phone.

Now it is your turn to follow the tutorials and accomplish that. In addition, we have also answered some frequently asked questions about this topic.

We hope you have found this post helpful. In that case, you can share this post with others. And if you have any further questions, you can let us know in the comments below.