Home Social Media What Does /pos Mean on Twitter? 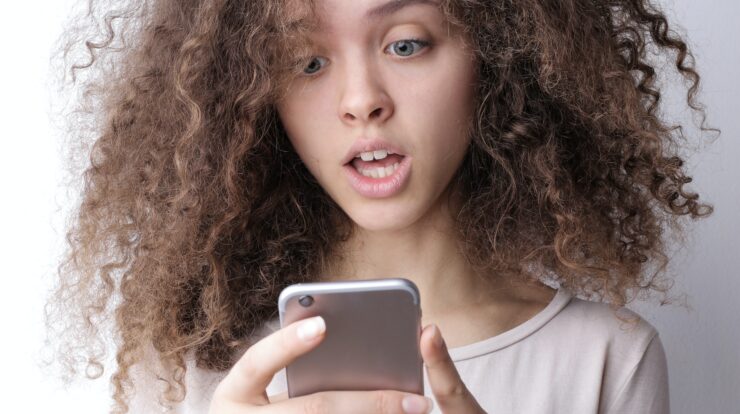 These days, new slang and expressions are popping up everywhere. Words and phrases like “no cap,” “sheesh,” and “snatched” can be seen and heard on different social media platforms. There is one interesting addition to all of this terminology that you may have noticed, and it’s the use of the word “/pos.”

What exactly does /pos mean, and why is it being used on places like Twitter? You may have a few ideas on what it means, but it may not be what you think it is.

Today’s article will explain just that.

What does /pos mean?

Most people would typically assume that /pos is an acronym for “piece of sh*t.” In this context, that is incorrect.

/pos stands for “positive” and is added at the end of tweets, messages, and posts as a tone indicator. This is being used more often in tweets to add context.

What is a tone indicator?

Why is adding something like /pos necessary to posts? After all, if you’re a good communicator, you should be able to get your message across with no problem, right?

The reality is that communicating on social media is always open to misinterpretation. Talking online lacks the natural cues of facial expressions, hand gestures, and intonation that are part of face-to-face conversations. Because of this, it’s easy to misread what others mean.

One might suddenly think that a smiley means something sarcastic. Others may worry that their friend may be angry because they used a period instead of an exclamation point in a sentence. This becomes even more problematic when using dark humor and sarcasm, both of which are plentiful on the internet.

So, what are tone indicators?

They are acronyms that indicate a tweet or message that different people could misinterpret or perceive differently.

This is especially helpful to people who are neurodivergent. Tone indicators help provide the appropriate tone of the message, tweet, or post with which it was originally written.

It’s important to understand that neurodivergent folk process information and stimuli differently from neurotypical folk. Indicators such as /pos are welcome additions, especially for those who have difficulty understanding social cues.

This way, people on the autism spectrum, for example, can more easily participate in online banter without getting frustrated or lost in the conversation.

What is tone all about?

Tone indicators are meant to convey tone, defined as “a quality in the voice, esp. one that expresses the speaker’s feelings, often toward the person being addressed,” according to the Cambridge Dictionary.

A person’s tone of voice can express many emotions. It can convey seriousness, sarcasm, disappointment, and joy. It can also be threatening and apologetic. The tone goes a long way in changing the meaning and implications of any phrase or sentence.

Some examples of tone indicators include the following:

There are many others, but these are the ones that are commonly used in conversations. They provide much-needed clarity in online communication.

The history of the tone indicator

Tone indicators might seem like a new, Gen-Z-inspired creation, but the reality is that they are not anything new. On the internet, the “/s” tone indicator has been around on Reddit for years.

However, the history of the tone indicator goes further back than we may realize.

Grammar historian Lynne Truss explains how Henry Denham, a British printer in the 1580s, tried creating one of the first tone indicators.

He invented a punctuation mark called the “percolation point,” a reversed question mark meant to show that a question was rhetorical. Though it didn’t catch on, it wasn’t the last time someone would try to modify other punctuation marks.

Nearly a century later, Anglican clergyman and philosopher John Wilkins tried to propose something similar. He wanted ironic statements to be indicated with an inverted exclamation point.

Author Keith Houston wrote about how appropriate the inverted exclamation point seemed, though Wilkins’ proposed use for it didn’t catch on either. It was another early attempt that failed to indicate tone in written text.

Fast forward to 2001. During this time, bloggers such as Tara Liloia proposed that other punctuation marks could be used to indicate tone. In this case, she was referring to using the tilde “~” to denote sarcasm.

Assigning punctuation marks to show tone did not succeed, whether it was the tilde or an upside-down question mark. However, something we all use in our messages and posts today does work to some degree: emojis.

Emojis have been around for nearly as long as the internet. The well-known smiley face emoticon “:-)” is known to have come from a 1982 message from Scott Fahlman, a professor at Carnegie Mellon University, in response to a colleague’s joke.

The usage of emoticons, which laid the foundation for today’s emojis, quickly spread soon after. A researcher named James Morris discussed this “communication breakthrough” with his colleagues, saying the following:

“Because you can’t see the person sending you an electronic mail, you are sometimes uncertain whether they are serious or joking. Recently, Scott Fahlman at CMU devised a scheme for annotating one’s messages to overcome this problem.

If you turn your head sideways to look at the three characters :-), they look sort of like a smiling face.”

Several years later, in 2010, a company called Sarcasm, Inc. was founded in the state of Michigan, USA. It created and trademarked the “SarcMark,” indicated by a dot inside of a squiggle.

They marketed it as a way to emphasize a sarcastic phrase. It was initially sold as a font for $1.99, but it is not available for iMessage users as part of a sticker pack.

Most internet trends are scrutinized, with some being labeled downright controversial. The tone indicator is not without its fair share of controversy.

So, now you know what /pos mean on Twitter. You might be surprised to know that neurodivergent individuals offer some criticism against tone indicators. When these are used after every sentence, some neurodivergent people feel like they are talked down to.

In a since-deleted tweet, one Twitter user said, “Tone indicators are very, very helpful, but whenever people overuse them, I kinda get the feeling they r making fun of me.”

Others have also made the point that tone indicators showing sarcasm could ruin jokes:

The list of tones to include has also grown longer, making internet users feel that conversations have become more disorganized and confusing. It can be difficult to keep up with so many tone indicators.

This is especially true for older internet users who already find the internet difficult to navigate. Using tone indicators might even make social media less accessible for some.

Making Twitter and other social media a better place

Despite the controversy and criticism tone indicators have faced, many young people have encouraged their use to make social media a better place.

Doing so would make the internet more inclusive by clarifying ambiguous statements. The basic goal of using a tone indicator is to ensure that jokes don’t come off as rude or angry.

Some may argue that tone indicators only try to mimic what emoticons have already accomplished. In reality, they can do so much more.

Tone indicators go a step further by assigning a concrete and specific meaning to a statement, leaving no room for interpretation. Emojis and emoticons, on the other hand, may still require further clarification or explanation.

However, tone indicators can also deflate humor. Imagine a comedian saying “I am joking” to a crowd after delivering a funny line.

Though tone indicators lack the nuance and subtleties required to make humor work, they remain valuable because of their incontestible ability to be misinterpreted. This can go a long way in complicated online conversations.

Take, for example, using /pos. People can describe a complex situation with various attributes but clarify towards the end that it is meant to be a positive message.

Beyond helping us understand what is truly meant by the words we send and receive online, the growing lexicon of tone indicators is pretty much like another language.

At its best, it can provide much-needed context to otherwise vague statements. But at its worst and most complex, a tone indicator can be patronizing and insulting.

These semantics are part of an attempt made by social media users to find ways around platform limitations. Social media platforms like Facebook and Twitter simply do not have the same customizability their predecessors (i.e., MySpace) had regarding formatting posts.

As a result, people often design informal hacks to address the evolving norms around language and identity through communication. Sometimes platforms will adopt user-generated features, but for the most part, it goes unnoticed.

So far, Twitter has heard the clamor for adding tone indicators such as /pos to the platform, in one way or another. There may soon be a dislike button, and although it is still limited, it is one more way of communicating a different tone.

Conclusion on what does /pos mean

So the most straightforward answer to the question ‘What does /pos mean?’ on Twitter or in other online spaces is – the positive tone of a message.

Clearer written speech has been a consistent goal for people of each generation. The tone indicator is just another attempt at doing so.

There is no way to tell whether tone indicators like /pos will make their way into mainstream usage. But as far as we can tell, they are not dying down anytime soon.

Many young people believe that the mild inconvenience of using tone indicators is worth its main benefit, ensuring that the internet is more inclusive and welcoming.

About the Author: Ramona K