Home Facts Black Hole Facts: Fun Facts You Did Not Know About Them 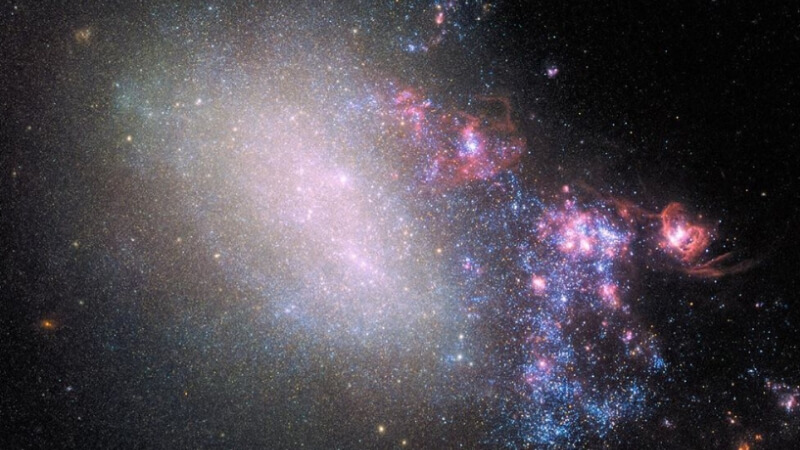 In this article we are about to share 25 black hole facts with you, but before we do, let’s read a few introduction words. We often hear black holes in sci-fi movies where more often than not, being blamed for eminent destruction across the galaxy. Or, somehow if you have a good memory you can pretty much remember your elementary or high school Science teacher facts about black holes together with topics on comets, galaxies, and the planets.

But what exactly are black holes? Here are your weekly 25 listicles. This week, we will talk about the 25 fun facts about black holes – some you may have heard before or for most you didn’t know about.

What seems to be a controversial Physics Theory a century ago, may now be an interesting trivia today. The famous Theoretical Physicist Albert Einstein’s Theory of Relativity that discusses about the possibility of bending light as it passes through the sun as photographed shot by Stanley Eddington and other astronomers in 1919.

April this year (2019), The proof of light being bent by huge entities in outer space like the sun black holes or sun can actually change how the path of light travels.

#2 Universe as a giant hologram

Same time as NASA astronomers and Physicists has found new proof and photo as evidence proving once again the Theory of Relativity is close to fact. The evidences show that the universe seems to be a colossal hologram which black holes blocks and stops time at all objects pass through it.

According to Dr. Michelle Thaller, based on the most current images shot from Evet Horizon Telescope (EHT) showing the first ever shadow of a black hole that the universe may be seen as two-dimensional information; contrary to the three-dimensional which are taught at school’s text books now.

Another record breaking discovery shot by the EHT, are first ever images in the middle of Galaxy Messier 87 of the distant black holes.

Tim Roberts from University of Durham in United Kingdom said that astronomers have been looking through an intermediate – mass black hole discovered in 2014 in spiral galaxy.

From disambiguation of its name “Primordial”, may have been created at the same timeline of after the big bang theory. This is also known as the intermediate black holes, slightly differ in between Stellar and Supermassive black holes.

Most black holes discovered are often stellar which are small to medium-sized ones in comparison with primordial and supermassive ones. bet you didn’t know this black hole fact

By the name itself, descriptive as it is a giant black hole which may be thousands or million times larger than the size of the sun.

The first ever photo of the black hole was discovered in 1916 by Karl Schwarzschild. The historic photograph made a great buzz in outer space Science that time. My favorite from all the black hole facts

#12 Where do the term black hole came from

Black holes are actually first explained by Albert Einstein’s general Theory of Relativity. But the actual term “black hole”, was first used by John Wheeler. He was an astronomer in the year 1967.

David Finkelstein theorized explanations and other details about black holes after the first photograph surfaced in the year 1916 was released 42 years later in 1958 stating that black holes suck everything up in the deadly hole but later was debunked by recent studies.

Although the concept and idea about black hole existed during Einstein’s time, the first actual object suspected as black hole was in 1971 which was names as Cygnus X-1.

Because of Cygnus X-1, there have been a controversial friendly discussion between theories of two famous physicists Kip Thorne and Stephen Hawking; engulfing about this black hole

#15 Black holes is not visible in regular telescope

Photographs showing black holes are only visible and can be seen through “shadow” process of image catching system, differently in the conventional way of how photographs taken from other heavenly bodies.

The supermassive black holes are covered with profound radiation gasses that a naked eye or common visuals cannot see it. Scientists instead should study the radiation and rays emitted by the black holes to actually see their image and study their mass.

#16 Dying stars may cause black hole

Other black holes are created from stars which died, as part of star’s life cycle.

Although the smallest kind of black hole, it will be noted that it is destructible massive. Dying star’s life cycle once it dies will become a white dwarf (neutron star) and then it will continue to collapse and becomes a stellar black hole.

Have you ever heard of the Spaghetti movement or Spaghetti religion? Well, it actually came from the idea where one fell in a black hole or any object draws inside a black hole; it will be stretched out of the thinnest possible spaghetti –like object and will reached to its singularity.

Thus, the topic about black holes and string theory are quite similarly intertwined. This was also comedic explained and somehow theoretically truthful in the newly ended highest rating American sitcom “Big Bang Theory”.

Yes, you read it right, there are a whole lot of black holes out there ready to pull us up any time (not soon though). The milky way alone has hundred millions of stellar black holes, that is according to Harvard –  Smithsonian Center for Astrophysics.

When a huge star passes a black hole theoretically, it is believed to be torn apart because of the strong gravitational pull.

The most famous that talks about black holes is the Interstellar, Event Horizon, The Theory of Everything, The Black Hole, Treasure Planet, and Lost in Space.

The all-time award winning comedy show Big Bang Theory also talks a little bit about string theory which discuss about black hole. Where one of the sitcom’s fictional character Sheldon Cooper won Nobel prize because of proving the string theory.

#22 Black hole does not “suck” object in

According to NASA astrophysicist Gerald Fishman, contrary to what movies and television shows about destructive black hole that it sucks everything in outer space is not exactly all correct. All though technically it draws all objects around it but not suck it in. The supposed sucking of objects is due to massive gravity caused by black holes.

Actually, when a star dies and due to the high impact of gravitational pull from the newly created black hole, it attracts all gasses and other objects around it that it grows in size and denser.

As absurd as it seems there are followers of the Spaghetti Religion where they believe that all people die and becomes a star and are stretched into thin spaghetti creatures. Partly it is true as explained on prior list. The explanation to this is that objects are only stretched out once it is pulled in by black holes, not as it lays around on the outer space.