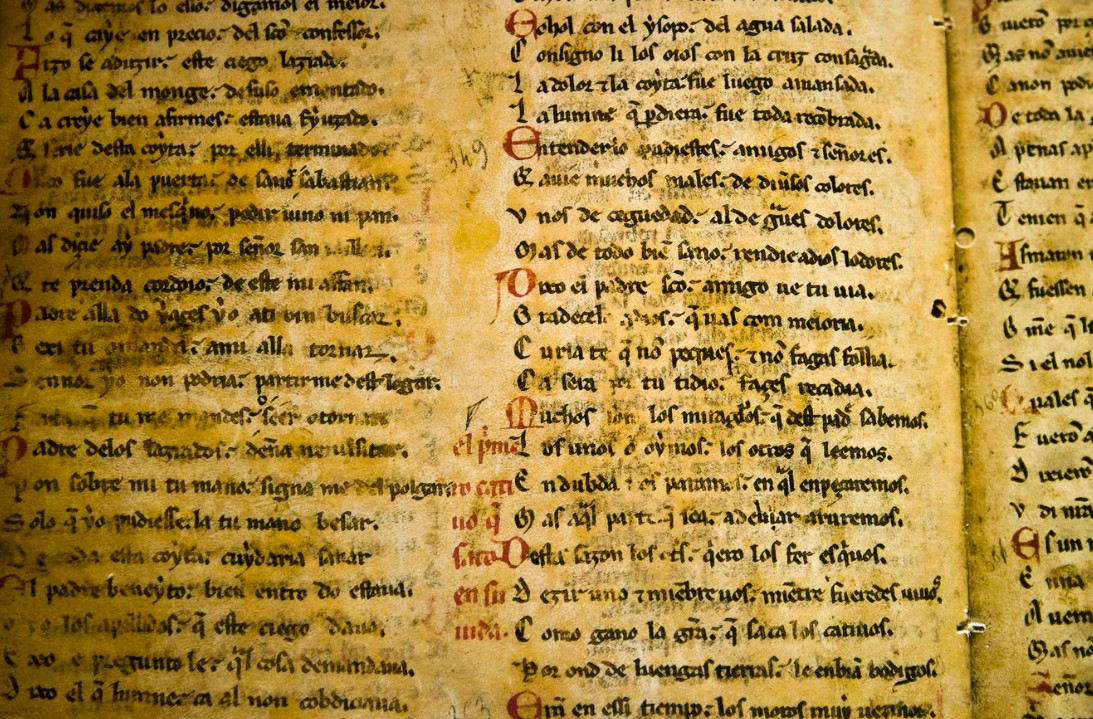 Looking for some interesting linguistics facts today? Then you have come to the right place. Because we have compiled a list of the 25 linguistics facts no one knows. Granted, you might actually know some of them, to say the least. But we have tried to bring out the best and the most unique facts about languages of the world for you.

So, let’s don’t waste any more words and just jump right in…

25 Linguistics Facts No One Knows

#1 The Highest Number of Languages in a Country

Papua New Guinea is a country located in Oceania. This country is known for many things such as beaches, coral reefs, and active volcanoes, its cultural and biological diversity. Speaking of cultural diversity, Papua New Guinea has numerous tribal villages. And almost all of them have their own languages.

Reportedly, Papua New Guinea has about 851 unique languages. So, as a country, this has the most number of living languages. They even have a sign language of their own. Interestingly, English is one of their official languages. But, there are only 1-2 percent of people speak English.

However, most of them are extinct or are on the verge of extinction. Still, there are a few ‘language Isolates’ that are spoken in the world. For instance, Basque, Ainu, Sumerian, Korean, etc. are considered to be language isolates by many linguists and historians.

We all know what a ‘Dog’ is. And, we also know it is a word in the English language. And, if you translate the word ‘Dog’ to any other languages, it will result in an entirely different word altogether.

However, there was an Australian tribal language named Mbabaram which is now extinct. And it has the word ‘Dog’ in it. Interestingly, they also used it to refer to our cuddly friends. And the pronunciation of the word was also almost similar to the English counterpart. Incredible, isn’t it?

Do you know the native language of Israel? Yes, it is Hebrew. At the moment, this language is spoken by over 13 million peoples. However, this was not the case even a couple of centuries earlier. If we go back to 3000 to 3500 years, Hebrew was one of the most used languages in the world.

But after the Bar Kohba revolt, this language has started to decline as a spoken and native language. People usually used Hebrew to write at that time. And, it was on the verge of extinction. But thanks to Eliezer Ben-Yehuda and his friends, it was 1881, the Hebrew language was revived again.

Eliezer Ben-Yehuda began learning the language when he was only 3. And, he loved the language. Thus, he started to use it practically for speaking purposes. He has also written the first modern dictionary for the Hebrew language.

If we go back to the 13th century, the English word for the color ‘Orange’ was ‘Geoluhread’. Yes, you have heard it right. Supposedly, it would mean red-yellow at that time. However, when the English speaking people were introduced to the fruit ‘Orange’.

It also became the name of a color in the English vocabulary. And, it replaced the word ‘Geoluhread’. Since the 16th century, ‘Orange’ was referred to as the color as well as the fruit in the English language.

#6 Order of Adjectives in the English language

So, recently, I have watched awesome two movies. Then I told a fat big lie. Do these 2 sentences sound unusual to you? If you are a native English speaker, you have already noticed the abnormalities here. The problems with these sentences are the order of adjectives.

The English language has a defined order of adjectives. And, if you want to use multiple adjectives (cumulative) in a sentence, you have to follow the special rule. Otherwise, your sentence would sound strange as the first 2 sentences of this section.

The order of the adjectives (cumulative) would be — “quantity, opinion, size, age, color, shape, origin, material and purpose”. In that regard, the correct form of the first 2 sentences would be: “1. So, recently, I have watched two awesome movies. 2. Then I told a big fat lie.” Interesting, isn’t it?

If you go to the Amazon rainforest of Brazil, there is a tribe called Pirahã. They use a unique language named Pirahã. This language has only 2 words for color. They say either light or dark.

But the most unique fact about the language is that it can be hummed, whistled, or conveyed via music or singing. They don’t even need any physical words to convey their messages. They can communicate using various rhythm, stress, pitch, and tone.

You have heard of synonyms, antonyms, etc. But have you head of contronyms or autantonym? The word ‘contronyms’ means a word with 2 opposite meanings. Simply put, if a word has multiple contradictory meanings, it will be referred to as a contronym.

Now, the English language contains a lot of contronyms. For instance, overlook dust, off, etc. You can say your alarm went off, so you have turned that off. Here you can see that, the word ‘off’ has 2 opposite meanings — one is ‘activate/trigger’ and another is ‘deactivate/disable’. There are over 100 of autantonym found in the English language.

#9 Where Clicking Sounds are Enough to Communicate

There is a group of unique languages in Africa named the Khoisan languages. Why are they unique? Because they speak those languages using only clicking sounds. The majority of the languages are on the verge of extinction.

In English, we refer to the sound of a clock as ‘tick-tock’. When we describe a sound with a word that mimics the sound then it is known as ‘Onomatopoeia’. In this case, ‘tick-tock’ is an Onomatopoeia.

Similar to this, there are a lot of ‘Onomatopoeias’ in the English language. For example, beep, shush, clap, bang, honk, and so on. Even the word ‘cliché’ is an onomatopoeia. It is the sound some old printers would make during the process of dabbed printing.

Related: 25 Facts About Mold Most People Do Not Know About

The Latin word for Lead is ‘Plumbum’. You might have already known this in your science class. However, do you know that the word ‘plumbing’ was actually originated from this very Latin word ‘plumbum’?

In ancient times, people would use lead for manufacturing sewer pipes. As a result, both the English words ‘plumbing’ and ‘plumber’ originated from the Latin word ‘plumbum’ almost at the same time.

#12 Number of Languages in the World

How many spoken languages are there in the world? This is a topic of debate. As we can’t provide you with an accurate answer that easily. However, there is an estimation that we have from 6500 to 7000 spoken languages in the world. Among them, almost 2000 of those languages have less than 1000 speakers. And, most of them are dialects.

Have you seen the Game of Thrones or the Lord of the Rings? If so, you will be familiar with the Dothraki or the Elvish language. These are artificially constructed languages. Like these, there are over 200 of artificial languages in movies, TV shows, and books around the globe.

#14 The Origin of the Word Alphabet

There are 24 alphabets in Greek. Among them, the first 2 alphabets are α (Alpha) and β (Beta). Now do Alpha-Beta sounds like the word ‘Alphabet’ to you? Interestingly, the English word ‘alphabet’ actually originated from the first 2 letters of the Greek alphabets.

#15 The Highest Number of Letters in an Alphabet

#16 The Origin of Language

Many linguists shared many theories and propositions on this topic. However, the majority of the linguists agree that language might have originated around 100,000 BC.

Added to that, it is also considered that Psammetichus I (a Pharaoh) from the 26th dynasty in Egypt has experimented with language for the first time in history. He tried to make sure if human beings have the innate ability to speak.

#17 The Official Language of the USA

#18 The Language that Contains the Most Words

Do you know which language contains the most words? The answer is the English language. It has roughly 210,000 words. However, about 170,000 words are in use and the other 40,000 words (approx.) have fallen out of use.

#19 The Lowest Number of Letters in an Alphabet

The Rotokas language is a language from East Papua New Guinea. This is famous for having the world’s lowest number of alphabets in a language. There are only 12 (some says 11) letters in the Rotokas alphabet. At the moment, it is spoken by about 4,000 people.

Babies can actually recognize the distinction between different languages up until 8 months. However, after that period, we can only distinguish sounds from the language that we are most exposed to (such as our native language). And, if a baby is exposed to multiple languages from the start, s/he can pick up on all the languages.

Irish and Chinese languages don’t have the exact words for ‘Yes’ and ‘No’. So, if you ask ‘have you seen the movie?’ They will answer with ‘I have (not) seen the movie’. But they won’t tell you ‘Yes’ or ‘No’.

The internet is filled with only 5 percent of the world’s language. You will not find any content on the internet related to the other 95 percent.

Semantic satiation is a psychological phenomenon. If you repeat a word or phrase repeatedly up to about 30 times, it will lose its meaning to the listener. Then it will sound like a meaningless word or sound. You can start repeating your name right now to try this out.

#24 The First Language in Space

The first human to step into the outer space was Yuri Gagarin. And, when he reached the outer space and circled the Earth he spoke the Russian language to communicate with the mission control. Thus, the first language spoken in the space was Russian.

Although we have about 7000 languages in the world at the moment. Among them, about 2500 languages are on the brink of extinction. It is also reported that about 1 language goes extinct every 2 weeks.

These are some of the linguistics facts you might not know about. If you have liked the list, you can share it with others. Do you have any other linguistics facts that were not included in this post? Then, you can leave comments to let us know about those down below! We would love to hear about it.