Home Social Media Why is There a Lock Symbol on Snapchat? Types of Stories and Privacy 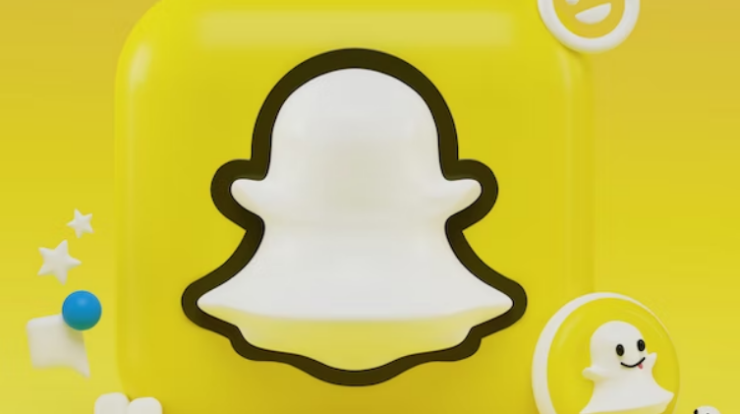 A lot of our readers have asked us why is there a lock symbol on Snapchat. If you are a Snapchat user and also confused by this padlock/lock-looking icon, then you have come to the right place.

Snapchat is one of the most used social media platforms in the world right now. Due to the uniqueness of the app, many new users have started to use the app recently. However, as a new user, you might be getting familiar with the app.

And you have come to see an icon that looks like a padlock or lock. So you want to know what the use of that particular icon is. Fear not! We have the answer to your question. Just keep reading the rest of the post and you will know a lot about the Snapchat lock symbol.

What is the Lock Symbol on Snapchat

You should already be familiar with Snapchat stories. There are different types of stories on Snapchat such as My Story and Our Story. Now, you can share your Snapchat Story as you want using the app.

On top of that, you can also set a certain Snapchat story as private. That means that a particular Snapchat story will not be shared with everybody on your friend list. And when a Snapchat is set to private, then it has a ‘Lock’ symbol next to it.

Typically, you can select a privacy setting while sharing stories on Snapchat. And, if you want a particular story to be shared with only a certain person or a number of persons, but not the entire friend list, you can do so.

That way, you can share a Snapchat Story knowing that only the particular persons are able to see that Snapchat Story. This is entirely the opposite of sharing a story publicly on Snapchat.

If you share a private Snapchat story with a particular person on your Snapchat friend list, only that person will see the story and the padlock symbol next to the story. On the other hand, nobody other than them will even know that you have shared a private story with someone.

You can create multiple private Snapchat Stories for different sets of Snapchat friends. After you have created a Private Story, it will be visible on your profile page of yours. And you will be able to add more moments to that Private Story in the future as well.

Methods of creating a Private Story on Snapchat

Now that you know what that lock symbol means on Snapchat, you might want to know how to bring that into use. In this part of the post, we will be sharing how to create private stories on Snapchat.

So that you will be able to share Snap stories to only certain members of your friend list. As a result, those snap stories will also contain the lock symbol. Here’s how to do it.

That is it. You have now created a private story on Snapchat which will bear the padlock/ lock icon next to it.

FAQ about Lock Symbol on Snapchat

We hope that you have a good idea about the lock symbol on Snapchat by now. At this point, we will be answering some frequently asked questions about the padlock icon on Snapchat. So here we go.

So if you want to share a story with a few friends that you don’t communicate with on Snapchat more often, then it will be better to use a Private Story instead of sending individual snaps to each of them.

Simply put, your Private Story will only be shared with the friends you select. Others on your friend list will not be able to know whether you have shared a new Private Story.

Yes, if you see a Snapchat story with the lock symbol, you can view that. The lock symbol means that some other people will not be able to see that Story at all. It is set to private by the user that has shared the Story in the first place.

Normally, there are no restrictions on creating a Private Story on Snapchat. However, you cannot create more than 10 different Private Stories at once.

Simply put, no. Other users will not be notified about the Private Stories that you have added. Yes, even if you have selected some particular friends to share that Private Story with, they would not be notified by Snapchat. They need to look for the stories themselves.

Once again, no. Nobody will be notified if you add any new moments to a Private Story. The approved users will have to check for the updated story on their Stories tab on the Snapchat app.

If you are a Snapchat user who is not familiar with the Lock symbol on Snapchat, we hope this post was helpful for you. We have tried to share all the information regarding the padlock icon on Snapchat in this post.

In addition, we have also answered some frequently asked questions about the lock symbol. So this post should clear up much confusion regarding the lock icon on Snapchat. Still, if you have any more questions about Snapchat, you can let us know in the comments below.

How to Snapchat Tips and Tricks